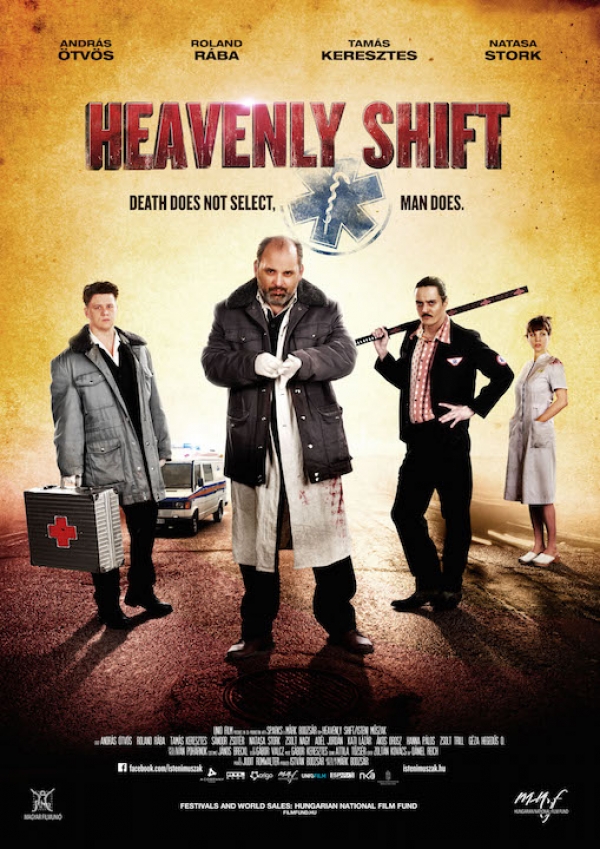 Heavenly Shift uses dark humor to tell the story of a young paramedic, who gets introduced to the night life and to the cruel, but eternal truth: death does not select, man does.

MILÁN, the half Serbian, half Hungarian guy, deserts from the Croatian army in 1992 and escapes from Yugoslavia to Hungary. As a former medical student he gets a job at the Hungarian paramedics. He has two unalterable, steady collegues on the emergency ambulance KISTAMÁS the driver of the ambulance and FÉK DOKTOR the leading paramedic of the team. It is a cold shower for the young enthusiastic and conscientious emergency care assistant when he realizes that his companions make a selection from the patients. While they are saving lives, sometimes they allow old people or mortally ill to die, or indeed it occurs that their death is hurried by them. MILÁN soon finds out that there is a business side to the illegal euthanasy events taken place at the back of their ambulance. In order to finance his fiancée’s rescue from the war MILÁN needs money, so he makes a deal with his companions. He gradually becomes involved in the the horrors and sin.