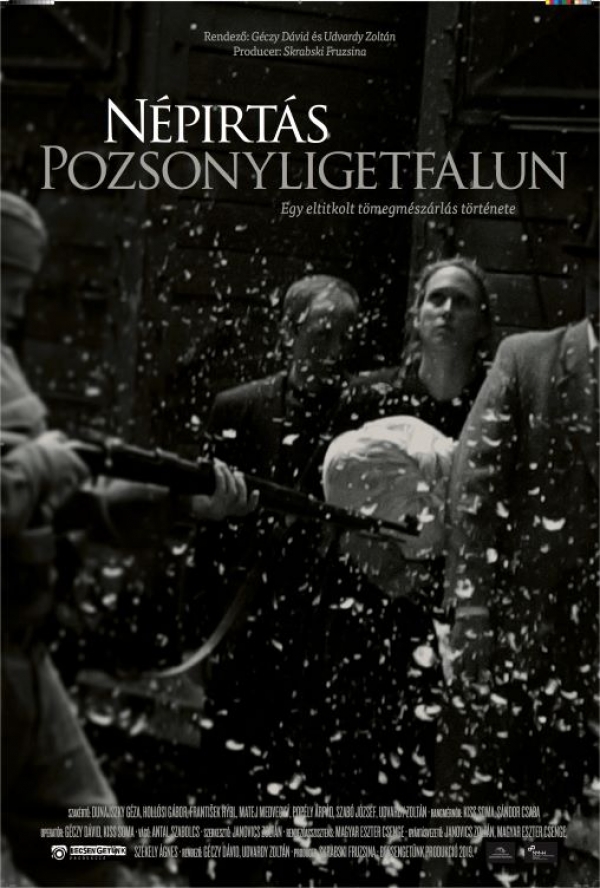 Who and why did put a bullet through the heads of Hungarian and German infants and children, in addition to exterminating whole families in the near of Přerov (Prerau), Moravia on June 18th 1945? For what reason were the bodies of murdered women and children cremated in the crematory of Olomouc (Olmütz), Moravia, after being disinterred by army units two years after the mass massacre? Why did the Czech historian who had detected the fate of massacred Hungarian and German families not get any appreciation or honor from Budapest? And what happened to those 90 Hungarian soldiers (levente) who were handed over to Slovak army soldiers by Soviet forces occupying Austria?

The documentary addresses the story of two, so far still not unraveled mass murders. One was perpetrated at Přerov, the other at Ligetfalu (Petržalka), next to Bratislava. These two massacres, as it is also expressed in the film, “are linked by the fact that they were committed by the same people. The nationality of the victims was the same, as well as the motivation behind the massacres.” This common motivation was none other than committing total genocide against Hungarian and German minorities living in Upper Hungary. Survivors of the German and Hungarian camps also speak in the documentary. Based on eyewitness accounts, one can follow when and under what circumstances the excavation of the remains of hundreds (or even thousands) of people thrown into unmarked graves had started. Furthermore, how and why the operations stopped and the mass graves remained under the Bratislava housing blocks – ultimately until the present day.