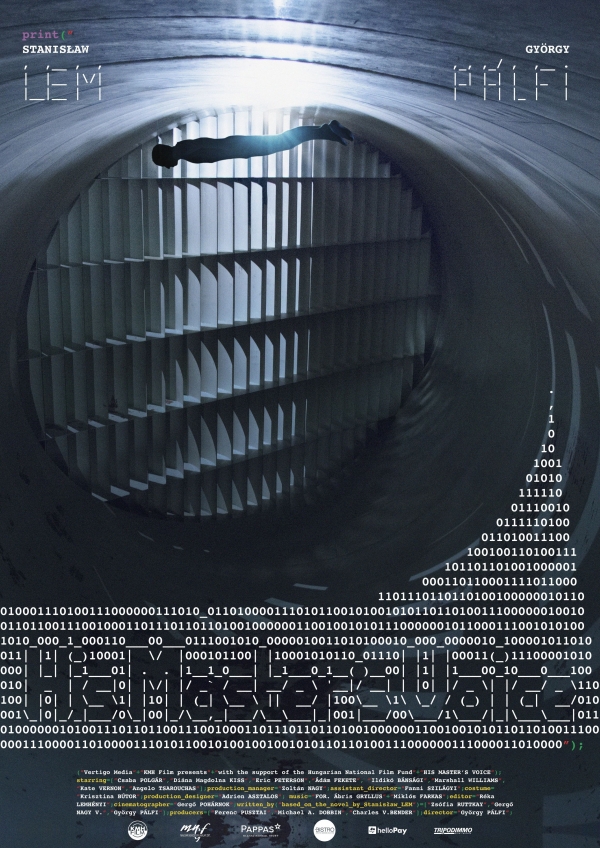 Based on the Stanislaw Lem novel.

Our main character, Péter, is in his late thirties when he thinks he recognizes his father in a documentary on a mysterious accident. His father has deserted from Communist Hungary in the 70s, a criminal offense under that regime, and has not been heard of since. Péter travels to America and, after an eventful investigation, finds his father and his new family.

The reunion brings plenty of experiences and teaches several lessons to both son and father. Also, as a consequence, the world is informed that the mute universe has spoken and that we are not alone.