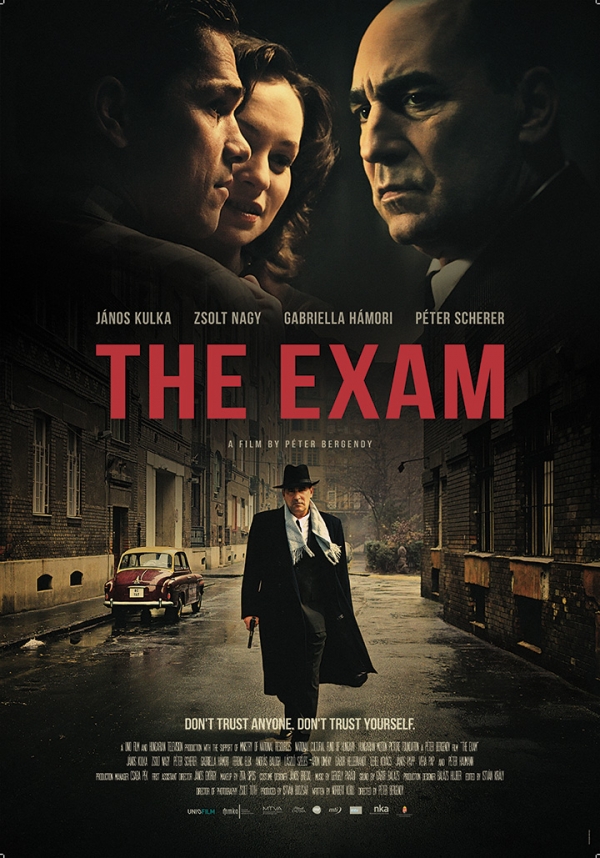 The 1956 Revolution has fallen. Terror reigns. Appointed by the Soviets, the new prime minister – a very paranoid János Kádár – orders that each and every National Security officer’s loyalty be tested according to new and rigorous directives. Jung (30) is a super-ambitious cultural NS officer living undercover as a private teacher. Jung’s apartment acts as a safe house where he meets agents and informants on a regular basis. Jung's task is to gather information and forward it to his superiors. Markó (50) is Jung’s immediate superior, and also his only friend. Now, Markó, a war hero and a legend amongst the officers, is ordered to monitor Jung’s apartment and activities for a day to test his friend’s loyalty to the new regime. What sets out as routine surveillance takes a wild turn when Markó uncovers disturbing secrets in Jung’s life; secrets that can easily destroy the careers of both men.