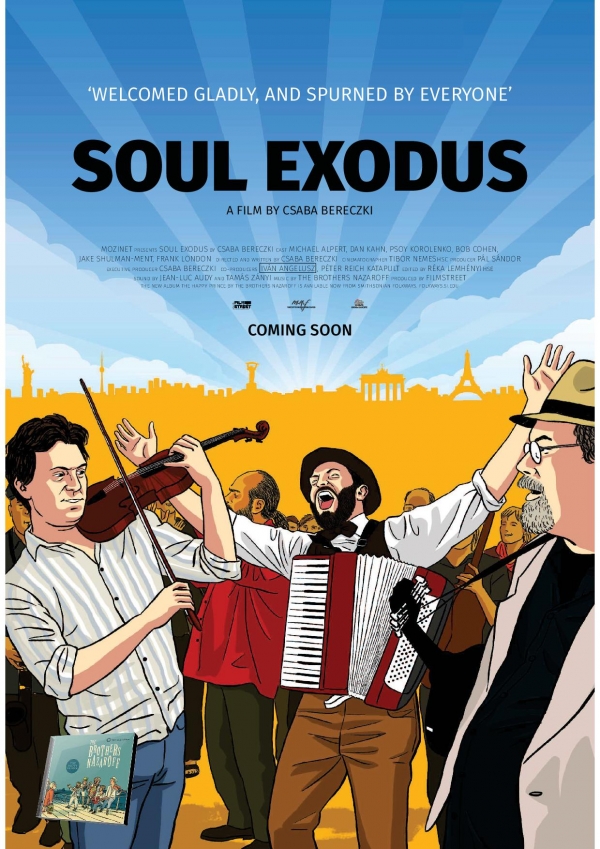 A deeply emotional story told through Klezmer music about identity, emigration, inner emigration, brothers and godbrothers, religion and belief, faith and disbelief. Five 21st century young and not so young men someplace in the world. There are musicians in search for someone and something which might have been born in their imagination. Once upon a time in the beginning of the 20th century there lived a Klezmer musician and storyteller Prince Nazaroff. Many people don’t believe he even existed, but these five do. They have imagined him, and imagination can be even stronger than reality. To this day, Nazaroff lives in them. They call themselves The Brothers Nazaroff.