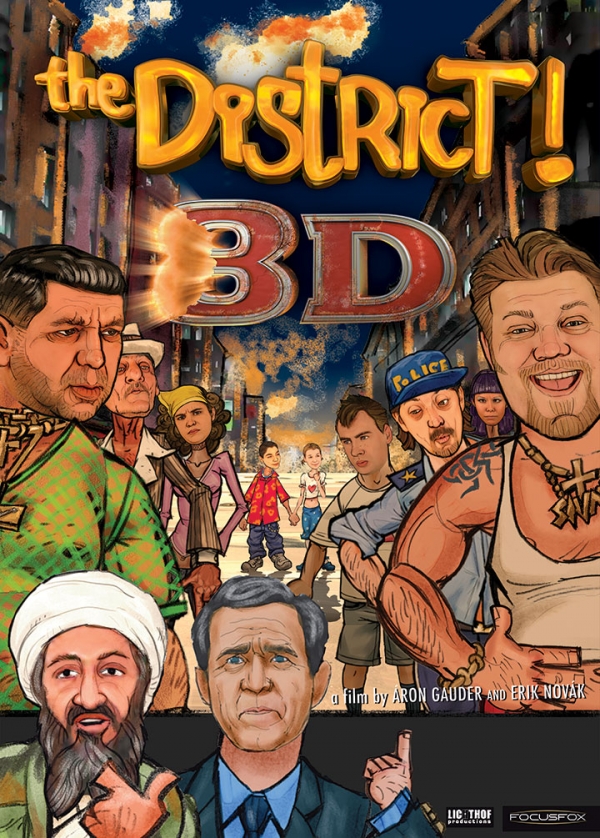 The District – literally, “Eightdistrict” – is an “animated ghetto film”. It takes place in Budapest's notorious District Eight, the local “Harlem,” home to a relatively large gypsy and immigrant population and a center of East European prostitution, populated by the urban, post-socialist ghetto's stereotypical characters, ghetto stereotypes: a white-trash pimp and the group of prostitutes he manages; an accented Chinese restaurantowner and his teenage son, who is obsessed with martial arts; an alcoholic but charming, Jewish plastic surgeon and his geeky son; members of the Ukrainian mafia; corrupt and dumb policemen; and, most prominently, members of an extended gypsy family.